My dog hates my Boyfriend- What to do?

It is a common problem that dogs don’t like anyone close to their owners. This is because they have a very close relationship with them and don’t want anyone to come in between this bond. If you live alone with your dog and have a new addition in the house, the chances are that your dog will hate them, whether she is your mom, dad, friend, or boyfriend.

However, the common question that arises is, why does my dog hate my boyfriend? Dogs are very possessive and over-protective creatures. There may be various reasons for your dog hating your partner.

Why does my dog hate my boyfriend?

Some dog breeds are cautious around new people, while others are not. However, this is not the primary reason. You can research your dog’s breed and figure out their behavioral problems that have triggered this hate with your boyfriend. However, there are many other reasons.

Dogs love their owners and will stay loyal with them forever. But, they also want such love and affection in return. If you have your boyfriend in the house, you will probably ignore your dog and won’t pay attention to it. It will make the dog feel alone, and it will become jealous of your partner. The dog thinks that your boyfriend does not want their owner to love it.

Your dog might be missing all the attention and affection you used to give it. Ultimately, your dog will see your boyfriend as its enemy and be jealous whenever your partner is in the house.

Dogs usually feel superior in the house. So, you often see them sleeping on the doorway or acting strangely when they see someone new in the house. It is because they have a very loyal nature and want to protect their owners at any cost. Your dog might feel like your boyfriend is a threat to the house and start barking in front of him.

Some dogs are simply just territorial. They cannot trust new people in the house, and if someone comes, they will hate him a lot.

This behavioral change might need veterinary help. However, first, determine the cause of this behavior. Is your dog on heat? Is it fixed? Does it have a medical condition?

Many dogs act strangely towards other people because someone once abused them. That does not mean that your boyfriend abused the dog. Maybe someone who looked like him abused it. If a man had abused the dog in the past, it might associate that abuse with every man they see later. In this case, your dog will be afraid of your boyfriend, father, or brother.

According to a study, men under the age of 30 are mostly responsible for abusing dogs. If your dog was rescued from such abuse, this might be the possibility.

If your dog is afraid of your boyfriend or acts strangely in front of it instead of showing affection, it’s time to break up with him. People who are cruel to animals can never be sincere to humans. Also, give more time to your dog, so it does not feel alone and scared.

What should I do to make them friends?

It is a common problem that dogs won’t like a new addition to the family. However, if your dog hates your boyfriend, you can resolve this problem with simple techniques. Here are a few tips:

Ask your boyfriend to be friends with your dog. However, both of you have to stay patient in this process. Your boyfriend giving treats to the dog can also help. Make sure that your boyfriend never acts rude or talk in a harsh tone. His body language should be friendly and calm for things to work out.

Let your dog approach your partner when it wants to. Trusting a new person will take time. Don’t force the dog to sit with your boyfriend if it does not want to.

Give your dog time and take it to walks more often. Keep in mind that your dog wants your attention. If you don’t give it time because of your boyfriend, the dog will think of him as an enemy. To keep both relationships balanced, never leave your dog alone. Spending more time with it can help a lot.

It will help a lot if you both train your dog together. Make sure that your boyfriend respects the dog’s territory and toys. If the dog does not want him near his crate or toys, leave it. The dog wants to protect its territory from a stranger. This problem will be solved when they become friends.

What if my dog is aggressive?

Growling and aggression are never good. Keep your boyfriend away from the dog if it starts growling in from of him. Also, ask him not to bring his hand or finger in front of the dog’s mouth as it might bite him.

This problem should involve a behaviorist. Maybe your dog is suffering from a medical condition, or perhaps training can help.

Dogs usually don’t like a new addition to the family, especially if he is taking all the attention. Your dog will start showing strange behaviors. However, house training and friendly behavior can help. Make sure that you also give your dog the attention it needs for things 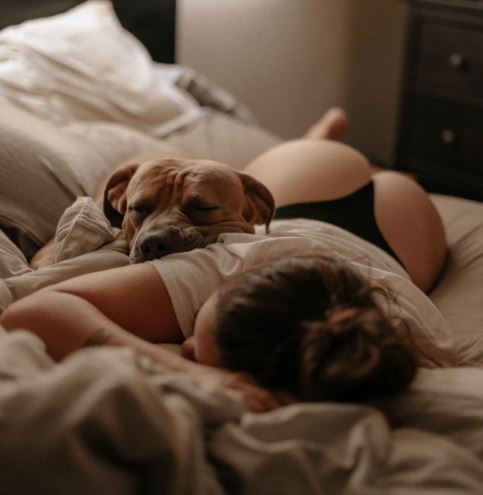 Top Reasons Why ‘’My Dog Stopped Sleeping With Me’’

sleeping in bed with dog, 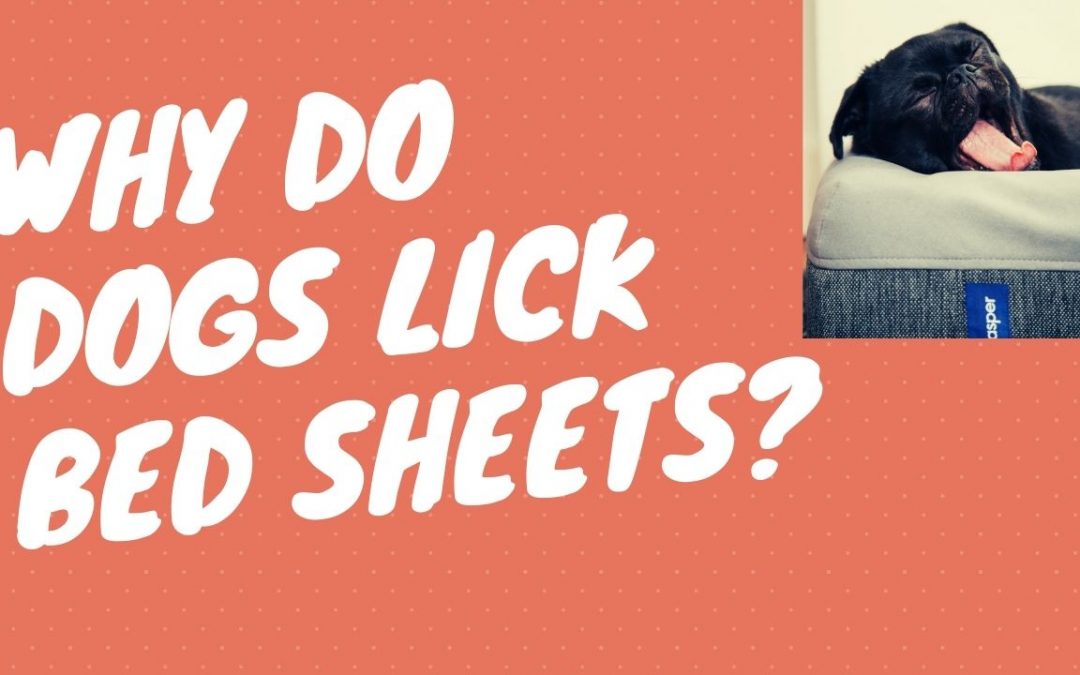 Why Do Dogs Lick Bed Sheets? 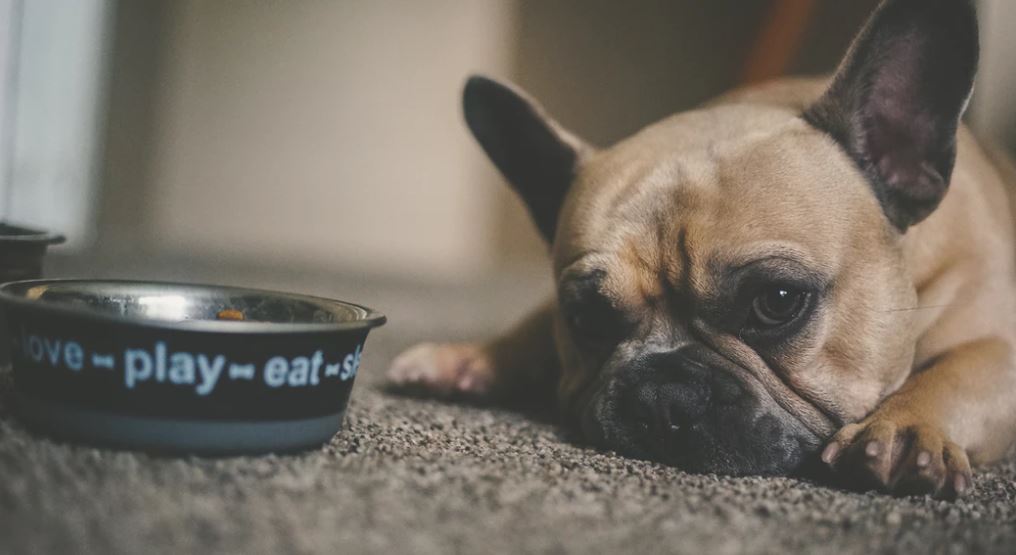 Why Are Dogs Afraid of Water Bowls? 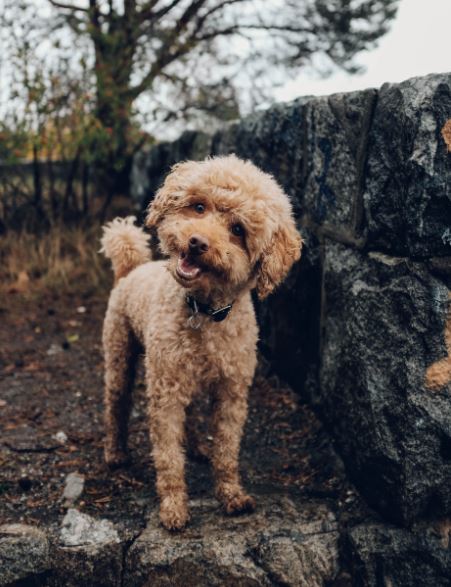 Why does my Dog Stare at the Ceiling? 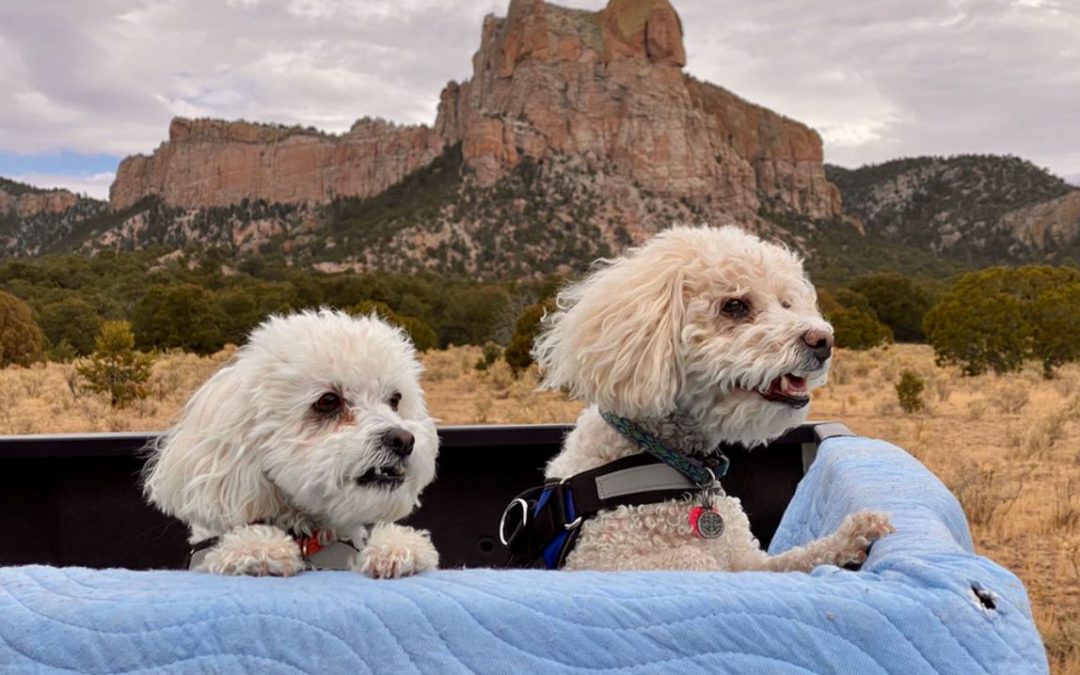 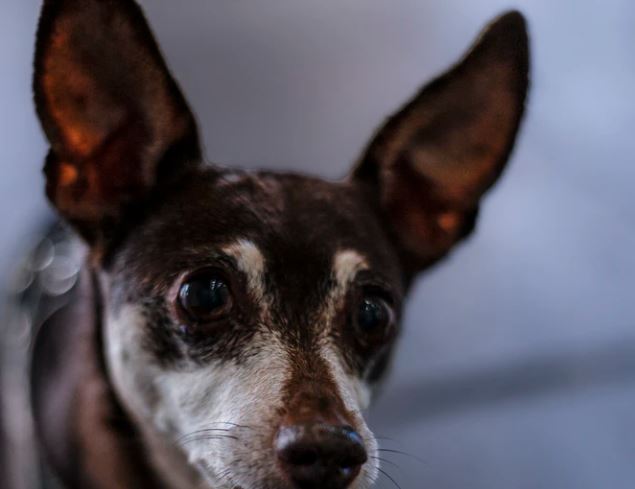 Dog is biting other dog’s ears – What to do 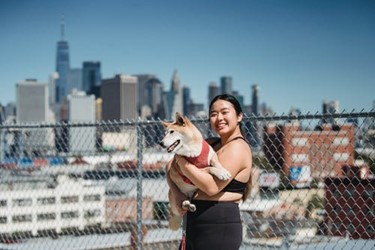 Do Dogs Have a Favorite Person? 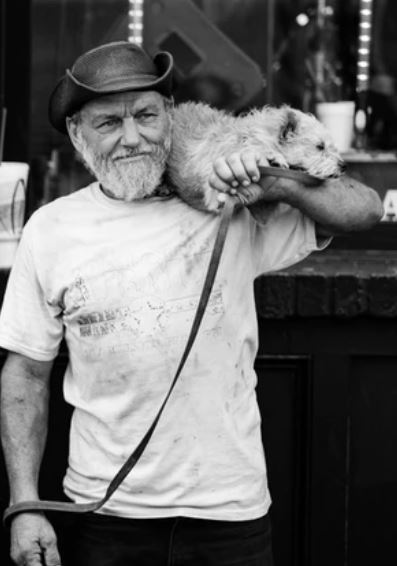 My Dog is Bonded to the Wrong Person- What to do?